On February 16, 2019, Victor Pinchuk Foundation and Yalta European Strategy (YES) brought together representatives of the global community for the Third Munich Ukrainian Lunch, under the slogan “Ukraine 2019 is the choice of future”, on the occasion of the Munich Security Conference.

Crucial subject matter of the international meeting was discussing the options and decisions after the election, as well as possible variants of overcoming the most topical challenges faced by Ukraine.

The event was for the second time successfully broadcasted live by the Ukrainian broadcast leader COSMONOVA|NET.

Live broadcast signal was received directly at DC|COSMONOVA, where in turn it was transcoded into several quality formats and then transmitted via fault-tolerant cloud platform of the data center. This made it possible for the viewers to watch the live broadcast.

For the purpose of the Third Munich Ukrainian Lunch, specialists dispatched mobile broadcast station from Kyiv for capturing HD-SDI signal and embedding a sound, as well as routers to build encrypted communication link to Kyiv.

In addition, a specialist sent by the clients to work on the site received detailed instructions from COSMONOVA|NET IPTV engineers in the online mode regarding necessary technical manipulations. 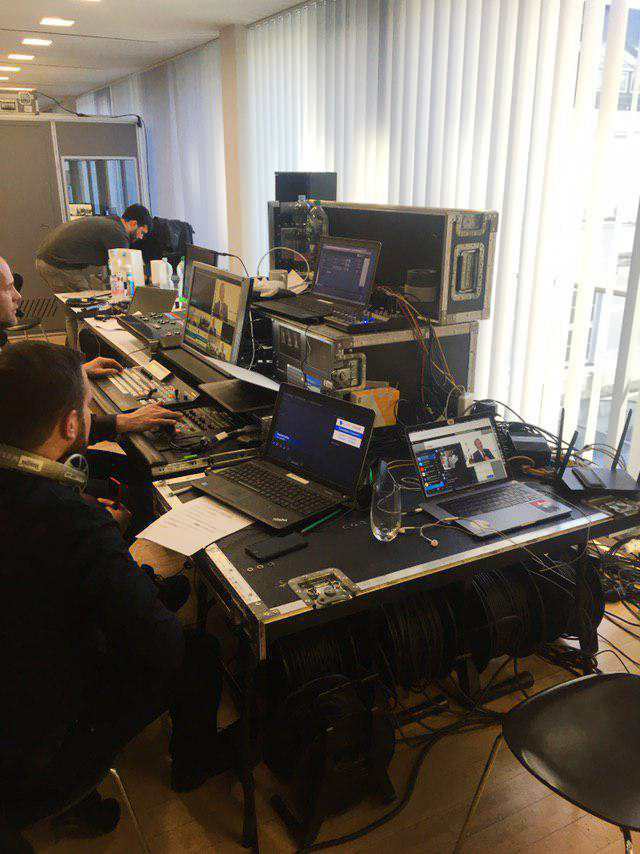 *Victor Pinchuk Foundation turned to COSMONOVA|NET, experts of technology solutions, on many occasions