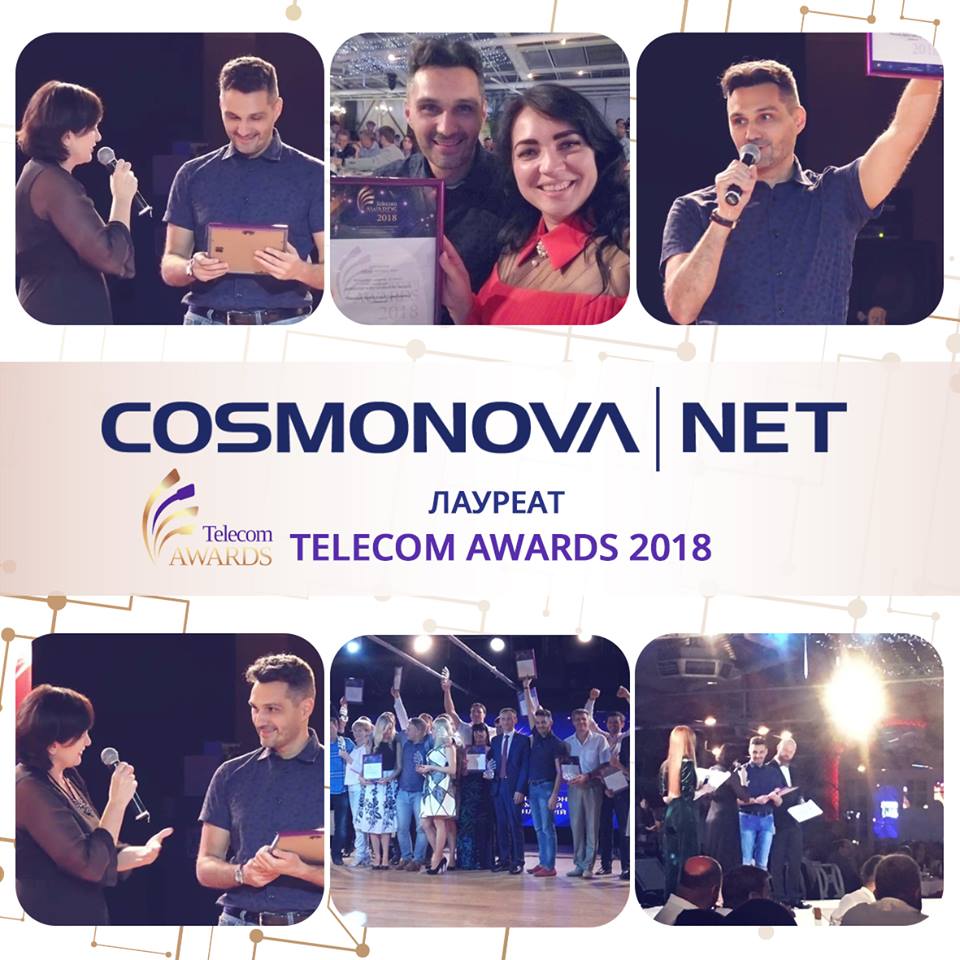 In 2018, it was the second time that COSMONOVA|NET received an award at Telecom Awards! In this season telecom leader was awarded the winner title for the successful case "Nationwide broadcast of the 2018 Eurovision events in Full HD with stereo sound on UA: First TV Channel" and that was a real motivator and a moment of professional recognition of the company’s achievements by an exacting telecom community.

COSMONOVA|NET is grateful to the organizers of the international Telecom Ukraine meetings, within the framework of which there was a spectacular event named Telecom Awards 2018, for the positive energy and sincere smiles on the faces of all guests.

Till the next meetings, dear colleagues!