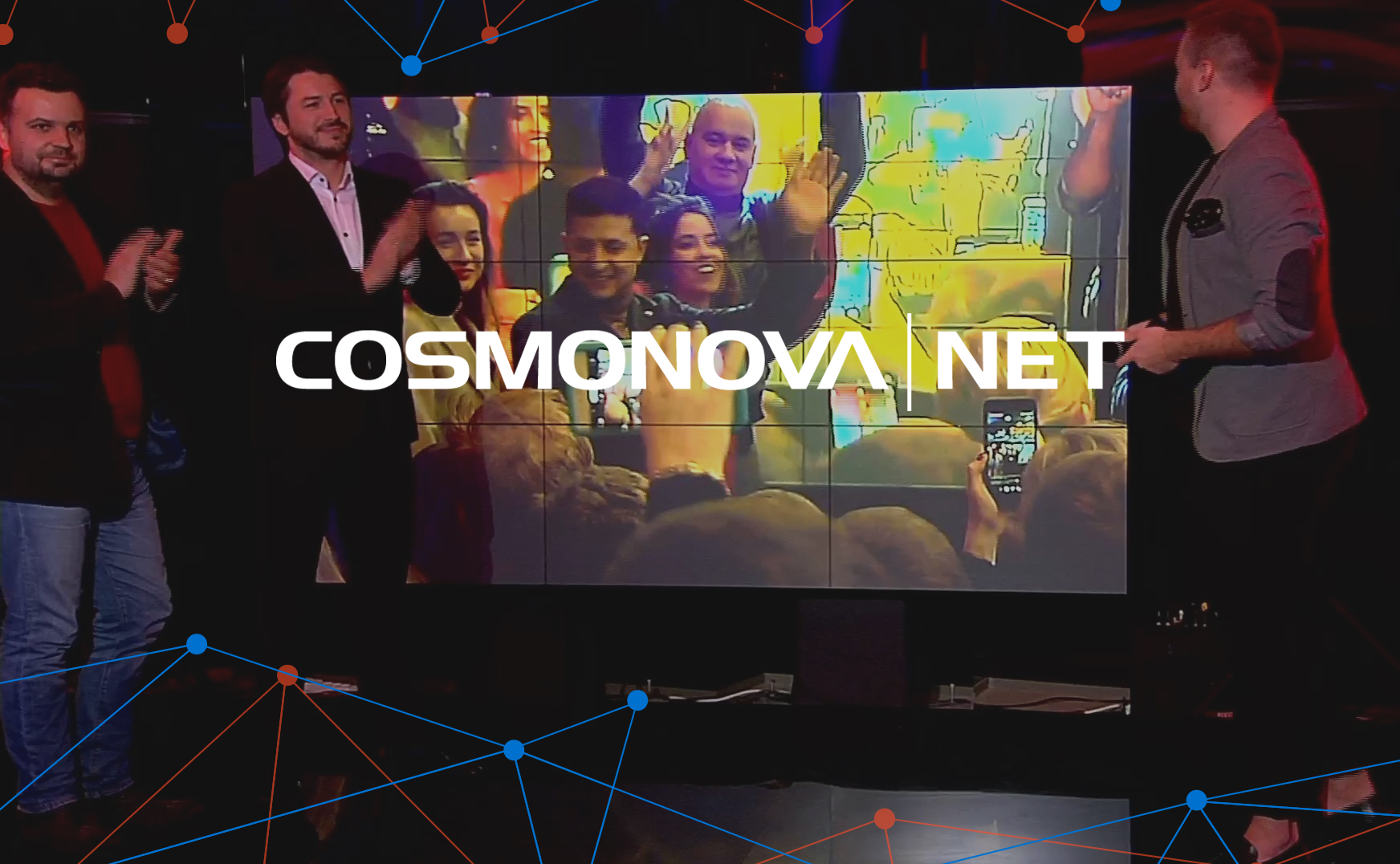 STAR MEDIA and 1+1 MEDIA contacted COSMONOVA|NET for an efficient implementation of the teleconference: two-way audio and video communications between two distant sites with the use of television technology and high-speed data transfer channel.

On December 17, 2018, in Kyiv Oskar (Gulliver Shopping Mall) and Cinema Citi (Ocean Plaza Shopping Mall) there was a special event dedicated to the pre-premiere show of at once two comedies of the well-known Ukrainian makers. At the same time on each of the sites key persons of the event Sergey Pritula and Vladimir Zelenskiy, as well as main participants of this occasion could have a talk and exchange friendly banter with each other as if they were in one studio.

To ensure teleconference project, COSMONOVA|NET experts carried out a number of technical arrangements:

We’d like to point out that COSMONOVA|NET experts use self-engineered products for decoding stream from IP to HD-SDI.

The organizers mention that this project became the first-ever teleconference in the history of Ukrainian film industry, held as an unforgettable performance, simultaneously between several film-maker teams.

The case has been successfully fulfilled.